RCT3 How to Fix Billboards for Windows 10

RCT3 How to Fix Billboards for Windows 10

With Windows 10, the normal fix for billboards in RCT3 won't work and any attempts to use said method will result in the command prompt saying "The directory is not empty" when doing the "rmdir "My Pictures" "step and continuing from there will not work but here is how to fix it!

Step 0
Make a restore point just before you try this incase something gets messed up in the command prompt.

Step 2
Go into the original My Pictures folder in Documents (the one that we are going to rmdir)
and delete the existing RCT3 sub-folder.

Step 3
Delete or move any other stuff that may be in this folder (under normal circumstances "RCT3" sub-folder should be the only thing in there).

Step 4
Do the normal billboard fix which can be found,
Here http://www.shyguysworld.com/index.php?topic=15814.0
Here https://forums.rctgo.com/thread-6924.html
and many other places on the internet.

Step 5
Put pictures into the newly fixed folder and test them in game (test about 4-5 because some pictures are incompatible with the RCT3 billboards and won't show up ingame).

Troubleshooting
If this does not work then you could try it without emptying the original "My Pictures" folder.
Just for referance, I did it without the disc in and I am also using some software that makes the Windows 10 UI look and act more like Windows Vista/7, so as a last resort you could try that (but I highly doubt it will change anything).
If you do want to try it anyway, it is called "Classic Shell"
http://www.classicshell.net/
Again I doubt this will change anything! 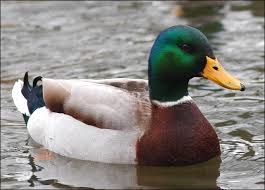