Big Brother is Back!

Big Brother is Back!

Channel 5 has signed a £200m two-year contract for the show which starts this August with a celebrity edition, followed by a regular run in September.

Thoughts?
"It would be spiteful to put Jellyfish in a trifle..."
Top

*points to the door*

Just when you thought it was safe to turn the TV back on, this happens. #-o
Top 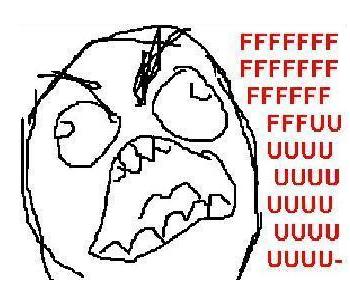 WHY. WHY WHY WHY.

Well, it's on Channel 5, so it'll die quickly. It happened to Robot Wars, although people actually miss that show.

I don't know whether to laugh, cry, scream or hit my head against a brick wall. :P

I find however that Channel 5 have taken this in the completely wrong direction to revive the show. We'll be seeing a summer celebrity show followed by a 'normal' show straight after from September. Then the following January it will be back for another celebrity version (assuming they decide to resume the classic format next year)... one word: OVERKILL.

This time last year I was looking forward to seeing the LAST EVER Big Brother show, now less than a year later it's back again. They should have just left it for this year and brought it back in 2012. I can see this being right run into the ground.

Saying that, Richard Desmond has paid just over £200 million for the contract for Big Brother for two years! That's double the amount he paid for Channel Five overall. They must have some hope in the show, you don't spend big money like that without expecting anything decent coming out of it.

How do I feel about this? Well I'm split on it really. When I started watching Big Brother a few years ago (BB4 or BB5 I think) I loved the show, it was funny and had a lot going for it. I'd say since the Jade Goody saga on the show it lost a hell of a lot of viewers and that's where I got bored with the show, the producers seemed to get very boring with tasks and such and it just lost the entertainment value for me.

Despite all of this like I'm a fan of Doctor Who, I will always stick by the show and tune in as a fan, regardless of how much worse it can get. Rubbish comparison I know since Doctor Who is still thriving as one of the UKs biggest TV shows, but the point remains I'll be tuning into Big Brother this summer.

*points to the door*

WHY do they bring this excrement back! it will kill channel 5... #-o
:x

"Blaze" wrote:
Just when you thought it was safe to turn the TV back on, this happens. #-o

WHY. WHY WHY WHY.

Well, it's on Channel 5, so it'll die quickly. It happened to Robot Wars, although people actually miss that show.

Simple, don't watch it. It's not some force fed TV Show. :roll:
Top

not sure if this was the right move for big brother...
Top

But it's taking up a prime-time slot on Channel 5 for God knows how many hours of the next year, which could have been filled with decent TV shows or films.

Bwahahaha. How did I know this would be back within a year or two. I'm going to enjoy everyone moaning about it, they've already started on Facebook. But it's taking up a prime-time slot on Channel 5 for God knows how many hours of the next year, which could have been filled with decent TV shows or films.

:|[/quote]
Like Anthony has shown above, since when has anything decent been shown on Channel 5? Honestly do you (or anyone else in fact) watch Channel 5 on a regular basis? The last time I watched Channel 5 it was on a documentary on murderers.

Channel 5 is a very unpopular channel, it has no 'key' show or any notable shows to keep it going. Big Brother will be a good boost for them, even if they achieve a fraction of the viewers that Channel 4 got it will still be a massive success.

As for films, not many people tune in to watch films on there every night, that only depends on whether a viewer likes said film or not. Big Brother is a collective series so will maintain a certain amount of viewers through the time it's shown. Films don't maintain high viewer numbers and will be low due to there not being as much interest.

Now, say, if ITV bought Big Brother I can understand the uproar with that as ITV has many decent shows that are on during prime time. Channel 5 is a very little channel compared to the rest, Big Brother returning will make no negative impact on what they already show during prime time.
Top

To be fair, they do occasionally show reruns of old episodes of House! :D
Top

Whats actually very amusing is the site appears to be using the ever more popular Arras wordpress theme :P

Anyway, I might watch a bit of it (Sorry, I kinda like it!) - and guys, its on Channel 5 remember so itll be easy to get away from :P
Top

I haven't watched BB for about 3 years, but I will give it a chance on Channel 5.
"It would be spiteful to put Jellyfish in a trifle..."
Top

Ah, well good work! It looks professional, and seems to have plenty of content :)
Top

I think this is a really bad decision. Channel 4 only dropped the show because it had ran it's course. If there was enough public appeal to justify another series of Big Brother do we really think Channel 4 would have cancelled what is arguably their most successful franchise in the history of the channel?

"James" wrote:
since when has anything decent been shown on Channel 5?
Channel 5 is a very unpopular channel, it has no 'key' show or any notable shows to keep it going.

No wonder, wasn't it launched by the Spice Girls? :P
Top

You guys know that you don't have to watch anything...right? :p

Honestly, if you get so wound up about it, just ignore it. Don't let it bother you.

Why, oh why, oh why have Channel 5 bought the rights to this piece of trash? I have hardly ever watched it in the past, and after the Jade Goody-Shilpa Shetty racism controversy in 2007, I've gone right off it. It's pointless! However, it is a useful analogy of society today. People go on it in order to get their fifteen minutes of fame, but the winners appear in the tabloids for a couple of weeks afterwards, and are then completely forgotten about! (Of course, I'm just generalising here, but it does seem to be true.) The original concept of it was good, but it's become trash telly, in my opinion. And when E4 used to broadcast bits in the mornings, why were the contestants always asleep? Who, apart from creepy stalkers, would want to watch people when they are asleep? Grrr...
Top

I don't watch TV so TBH I don't care. I watch a lot of films though luckily there are no good films on 5 so don't bother me.

Let the people who need the 'thrill' of BB have it.