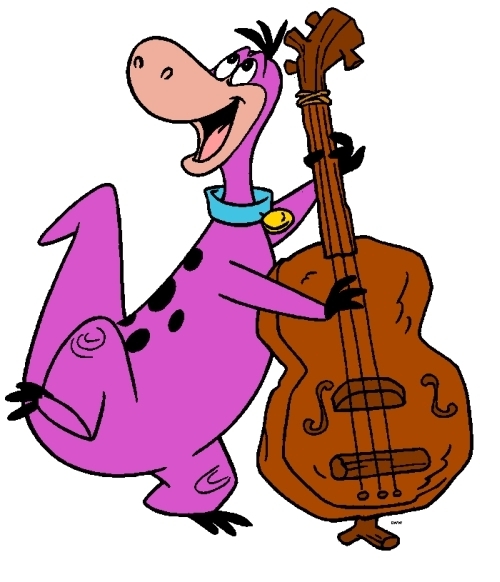 Hmm this seems like a Ma's Topic, but whatever

My favourite Dino is this guy: 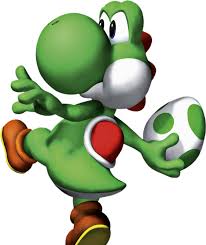 Yoshi happens to be one of my Favourite Video Game characters.

Despite being a Sonic fan

All of those are photographs of real dinosaurs, btw. I took them on safari.
Top

Wow, who knew dinosaurs could be domesticated and wear clothes and even play the cello?

Anyhow, I'm genuinely very interested in dinosaurs and how mighty they were before a certain asteroid crashed into the side of the Earth, having grown up with Jurassic Park, Disney's Dinosaur/Fantasia's segment and Walking With Dinosaurs alongside visiting a certain Natural History Museum in London. It doesn't help that my interest spreads further into many other films and whatnot but I'd take forever describing and explaining!

Dinosaurs were incredible, to say the least, and new species are always being discovered. However it's a shame just how pop culture has narrowed down the main culprits as being the 'biggest' or the 'best' when far more impressive species have appeared, i.e. Tyranosaurus Rex, but heh.

I don't exactly have a favourite but I have a particular fondness for the Stegosaurus purely because of how it deals with these two Allosaurus in this clip. Yes, back off yo' fools! Yo' saw the red!
Last edited by Rowe on Tue Feb 14, 2012 1:20 am, edited 1 time in total.
Top

But yeah! The T-Rex in the Natural History museum is immense (not as good as the earthquake room there though!).

On ripsaw a few seasons ago we were treated to that rubbish 'easy! easy! easy!' chant by a group of scallies in the front row. So my friend took matters into his own hands and starting singing the tune to the triumphant part of the Jurassic Park theme tune, naturally me and my other friends joined in and drowned out the chants of the now bewildered scallies.

I victory for Dinosaurs everywhere.
Top

Oh Rowe you've opened up a Pandora's box of Philosoraptors!

I remember the tv show shown in the first picture of this thread.... I can't for the life of me figure out what it was called...
Top

fredward wrote:
I remember the tv show shown in the first picture of this thread.... I can't for the life of me figure out what it was called...

It was called Dinosaurs.

we need dinos near the Flume again
Top

There is a T-Rex skeleton in the geology department at Leicester University. It's only a teenager, but still pretty cool.

Three dinosaurs and a Tyrannosaur

The name of this almost-mighty beast?

Users browsing this forum: No registered users and 74 guests