You may have noticed by now that I am a very big lego fan, and I've been thinking about this as an idea for ages, so recently I've decided to go through with it: What I'm going to do is build a Minifigure-scaled version of Oblivion with a small section of track as a display base, and when I've finished it I'll put it on Lego Cuusoo (http://lego.cuusoo.com/). If you've never heard of Cuusoo, its basically a free lego version of Kickstarter where if a project gets to 10,000 votes, Lego may produce it as an official set. If Towers Times can set up an account (If Baffles is reading this, PM me about setting up an account) and post the project when its finished, we may be able to buy our own mini version of Oblivion.

After looking at various pictures of the ride itself (I've never been on it, or any other large rollercoasters for that matter

), I've decided that the hardest parts to build will be the arm restraints, the wheels and the track itself, so I will try to create concept ideas for these individual elements before combining them into the final model.
Here are some of my basic concepts for restraints: 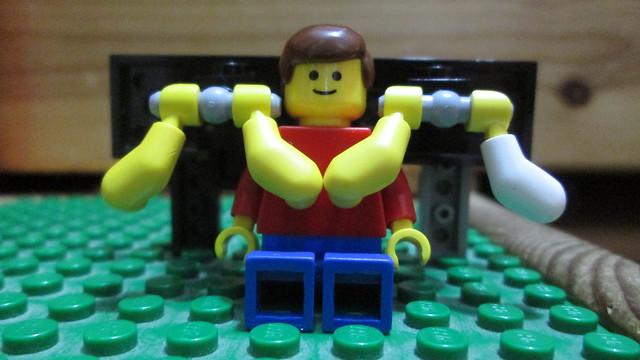 I know that they're not in the correct colour, but this is just a concept to see how they fit a minifigure. 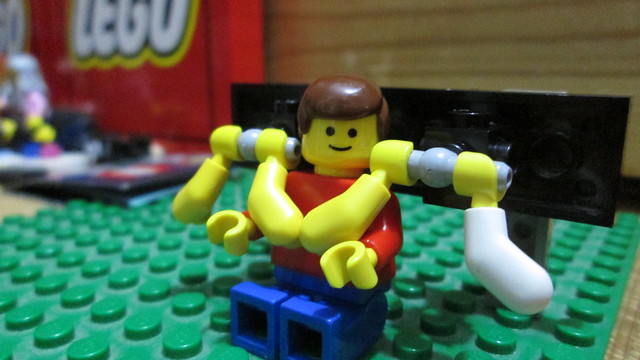 For the restraints, I used minifig arms connected to a t-pole (or whatever it's called

). This seems to be the only way to create decent-looking restraints, but if you have any other suggestions please throw them this way.

Hi, I was wondering if this may help. It's not very accurate but gives the rough idea:

Also legoland have made a full Lego version of oblivion before but am having trouble locating the picture, I'll keep looking

Right then, its UPDATE time again! 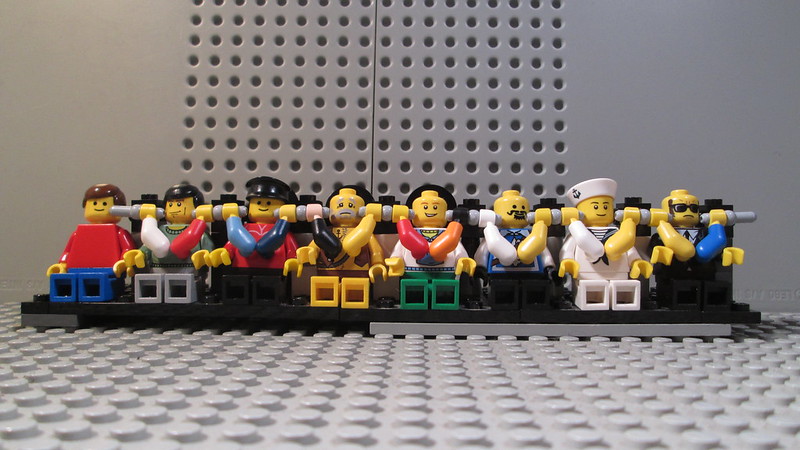 As you can see, I've planned out the width of the vehicle by sorting out the seating, and its pretty damm wide. Here's a view of one of the seats without anyone in them: 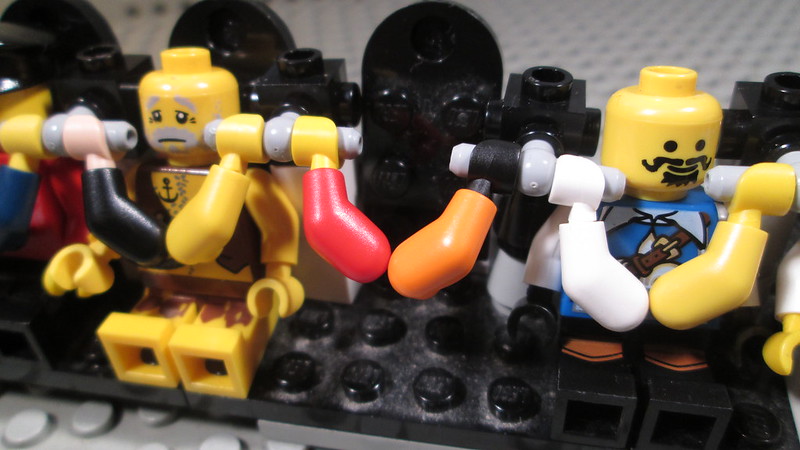 I've also managed to find a solution for the seat backrests. Oh, and in case you're wondering, the multicoloured restraints are only placeholders until I get my hands on enough minifig arms in orange.

Stay tuned for more updates and feel free to suggest any improvements!

looks great! the man of the far left can fall out though

TRM wrote:
looks great! the man of the far left can fall out though

I'll try to fix that on the side, but by the look on his face it doesn't look like he minds much.

i hope this works and gets supported and made, i would love this. and if they won't do oblivion because of Alton Towers not allowing it or something, id still like any roller coaster types to be made out of lego

That looks very good! If all Lego arms could that orange colour it look amazing!
Top

I've made some significant progress on the seats and nearly finished the front rails. The black slope in the center needs to be improved (and needs a decal too, I'll work on that). 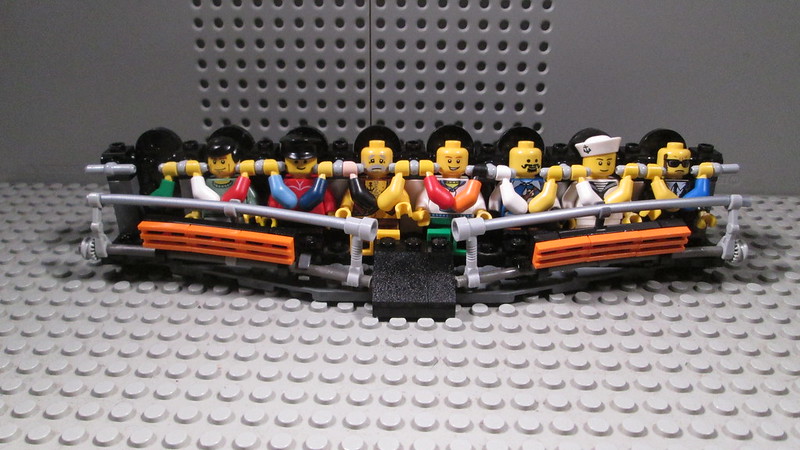 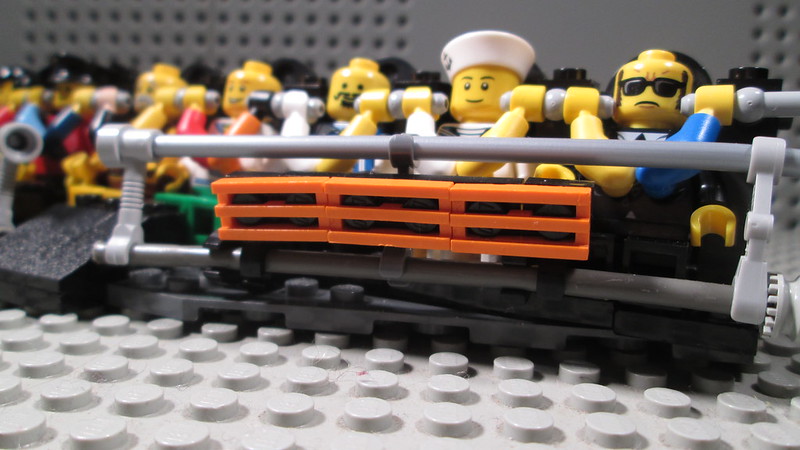 I've also added the orange panels in front of the bars, but I may change them slightly soon.
Twitter
Top

WOW its brilliant! How are you so good at lego?!
Top

You were saying about orange mini figure arms and I don't know if you have searched on eBay but I found these of which May interest you http://bit.ly/Qhm1K6 keep the good work up by the way

With thanks to lewis97

Hello everyone, sorry for the lack of updates recently, I've been incredibly busy preparing for my upcoming GCSEs and stuff like that. Anyway, I've got quite a bit to go through, so I'll get to the point:

On April 30th, Lego CUUSOO (that crowd-sourcing site for Lego I mentioned in my first post) is going to become Lego Ideas (yes, now it has a pronounceable name!

) and will have various changes to its terms of service. One of the main ones that may be an issue is that "projects will have just a year to achieve 10,000 supporters after which time they will be deleted", so when this eventually gets finished, its gonna be a matter of sharing this project with every single Alton Towers fan you know so that we get enough supporters within a year. Check out this site for more details about the change: http://lego.cuusoo.com/transition

Right then, thats it for now but I'll have some more updates for you within the next week or so.

Is this still being built? It looks so awesome
Top
Locked

Users browsing this forum: No registered users and 11 guests