I believe the hotel is set to open in 2021/22 from what I've seen. They are getting a junior/family coaster next year, presumably 2 more flats as well. Their biggest investment is set to be in 2019, with a major coaster, which I'm 99% sure will be a Mack or B&M, and there were whispers of the dark ride opening then, and if not then, I expect one in 2020. I'm pretty sure they'll be a coaster in each of the next two years though, can't say for certain what they will be/what else will come, but we've got 3 new attractions by the looks of things on the map this year.

I must say though, it was apparently a bank holiday in Ireland, and the park was quite quiet on Saturday, quite a few walking round, but everything was walk on, when I was on power surge there was literally no one else in the queue, and Cu Chulainn had half full trains at points. Maybe people are waiting for the Viking Voyage, which looks very well themed!
Top

Viking Voyage will open on the 16th of June!

I really really really like the look of this flume. The level of themeing on this is incredible. Merlin, this. This is what a themed attraction looks like nowadays. Can't wait to see this open and to see what Tayto have up their sleeves next in terms of theming.
Top

It's no wonder a newspaper compared this park with Disneyland! If this park keep the quality up as they add more then it could become a serious competitor for Merlin's British parks.

According to Tayto Park's Instagram story, Viking Voyage has kind of opened today. It looks like its open to the public from 12 tomorrow. Not sure who is riding it in the images posted on their instagram. The shop looks very cool too.
Top

As happy that I am at the progress that the park is making I'm actually worried of its future. Its not really advertised, I heard all the news about the new ride from here not in papers or tv and as far as I know it doesn't have enough visitors for a hotel. If the keep the quality up I can see the park getting bigger in 10 or so years and maybe a rebranding
Top

Tayto Park is putting planning in for their next rollercoaster in the next few days. Here is a link to a news report

A European first? What could that be? Go..

Is there an Intamin Blitz coaster in Europe?

At least we know it’s steel, but I’m absolutely stumped on what this could be..
“A surprise to be sure, but a welcome one”
Top

Did someone sell them the promise of a 4D coaster?
Top

The new roller-coaster will be two roller-coasters in one. It will be a first for Europe and ensure the future of the park. If you don’t create something landmark every three of four years, your numbers will start going down and that is the road to closure.

Having had a read through of the article the thing that, for me, gives us the biggest clue is the quote above. It's made me wonder if we may see something similar to Six Flag Magic Mountain's new addition for 2019 - West Coast Racers. It would fit the description of being two coasters in one and be a European first with Magic Moutain's version being the World's first. It would also be a huge boost for the park as it would be something which would be a huge draw for people. One to watch with interest I think.

That would be a great choice and would certainly get my visit.

The only other existing product I can think matching that description is the Intamin
inverted/sit-down dueling combination being built in China. Seems like it would be prohibitively expensive though.
Top

Whoops, I thought that was Mack.. that’s embarrassing.
“A surprise to be sure, but a welcome one”
Top

Unfortunately there are no documents yet, but an application has now appeared on the relevant planning portal:

The proposed development consists of the construction of a new rollercoaster attraction incorporating 2 separate rollercoaster rides with a combined ride length of approximately 972m and a maximum height of 31m Above Ground Level; rollercoaster station structures; ancillary buildings including a toilet block (80 sqm Gross Floor Area (GFA)), a photo shop (8 sqm GFA), a ground shop (30 sqm GFA), 2 no. concession stands (12.8 sqm GFA each) and an ESB substation (14 sqm GFA); 2 no. pedestrian bridges over the Hurley River; internal paths and roadways connecting to existing Tayto Park infrastructure; drainage infrastruture; landscaping; and, all associated and ancillary plant and development works on a site area of 4.53 ha. This application is accompanied by an Environmental Impact Assessment Report (EIAR)

The above description seems to suggest there will be two distinct rollercoasters. The stated combined ride length also appears to be less than the 1400ish metres that the previously linked article suggested, although the maximum height was pretty much correct.

Here's a thought- remember the Xtreme Spinner concept from Mack with the two different trains (one spinning and one normal)? It fits with the idea of "two separate rollercoaster rides" with a seemingly short track length. Of course, the height and length might be off, but it's just an idea after all.

Trying to think of twin coasters Europe doesn’t have.

There is the 2 mentioned previously, launched racer, and the one in China... The only other ones I can come up with is a Racing Hybrid, but the height is low for RMC. Or a dueling inverted / suspended coaster, which would surely be very expensive.

A dueling RMC raptor would be nice, compact and on budget, but think that would be a world first, not a European first.
“EDITED TO ADD: Railblazer is 106’ tall, and 2 of them would come in at less than 1400 metres”

The plans have been added today, and it looks as though Coaster 2021 will take the form of an inverted coaster and family boomerang coaster combo from Mack Rides (stated as the 'Rollercoaster Designer' in the documents). 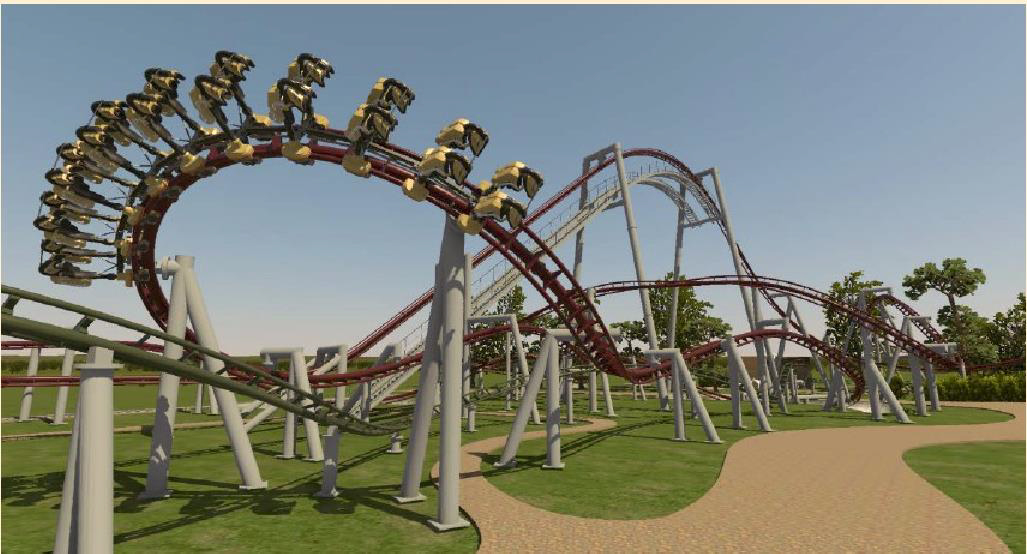 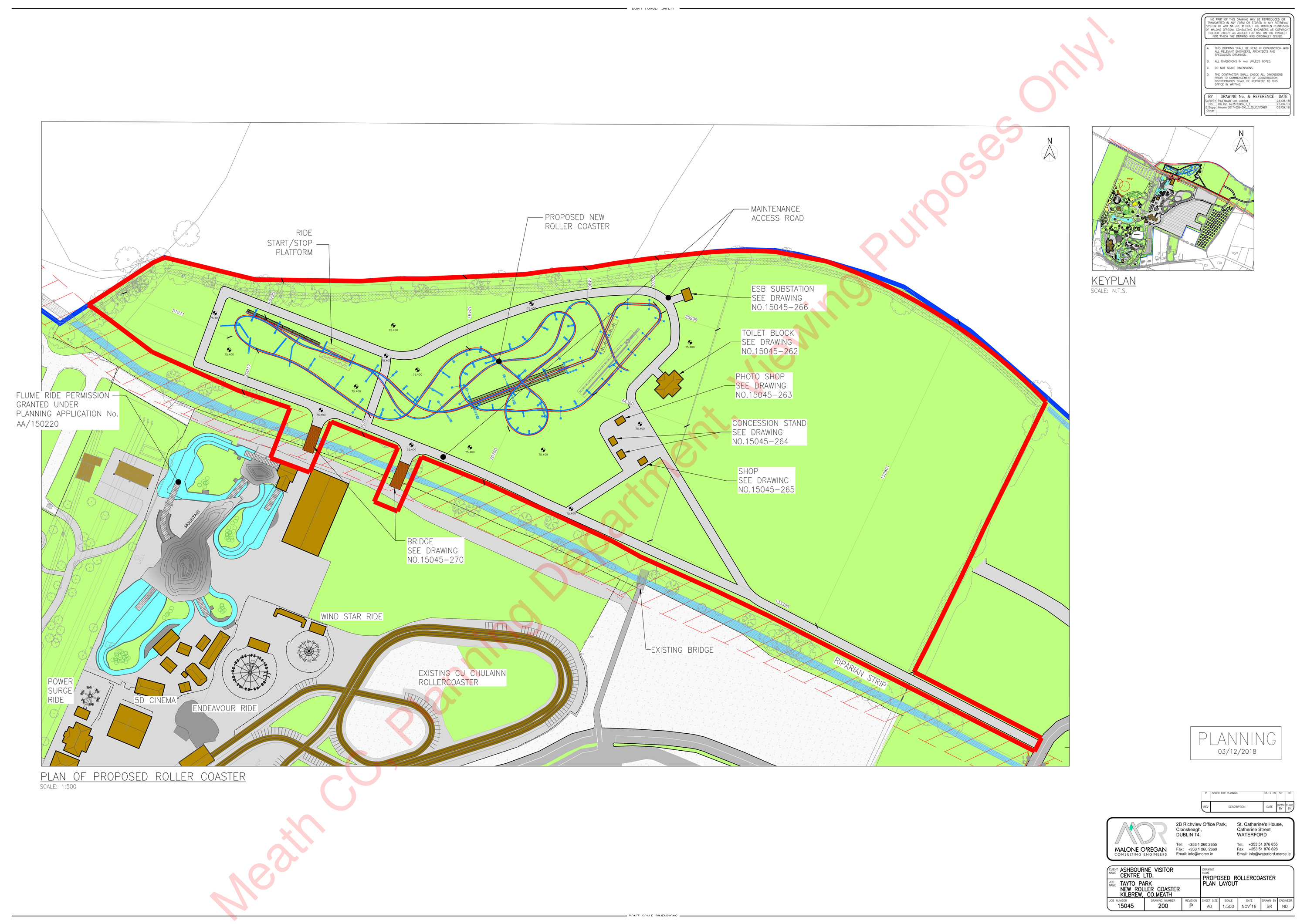 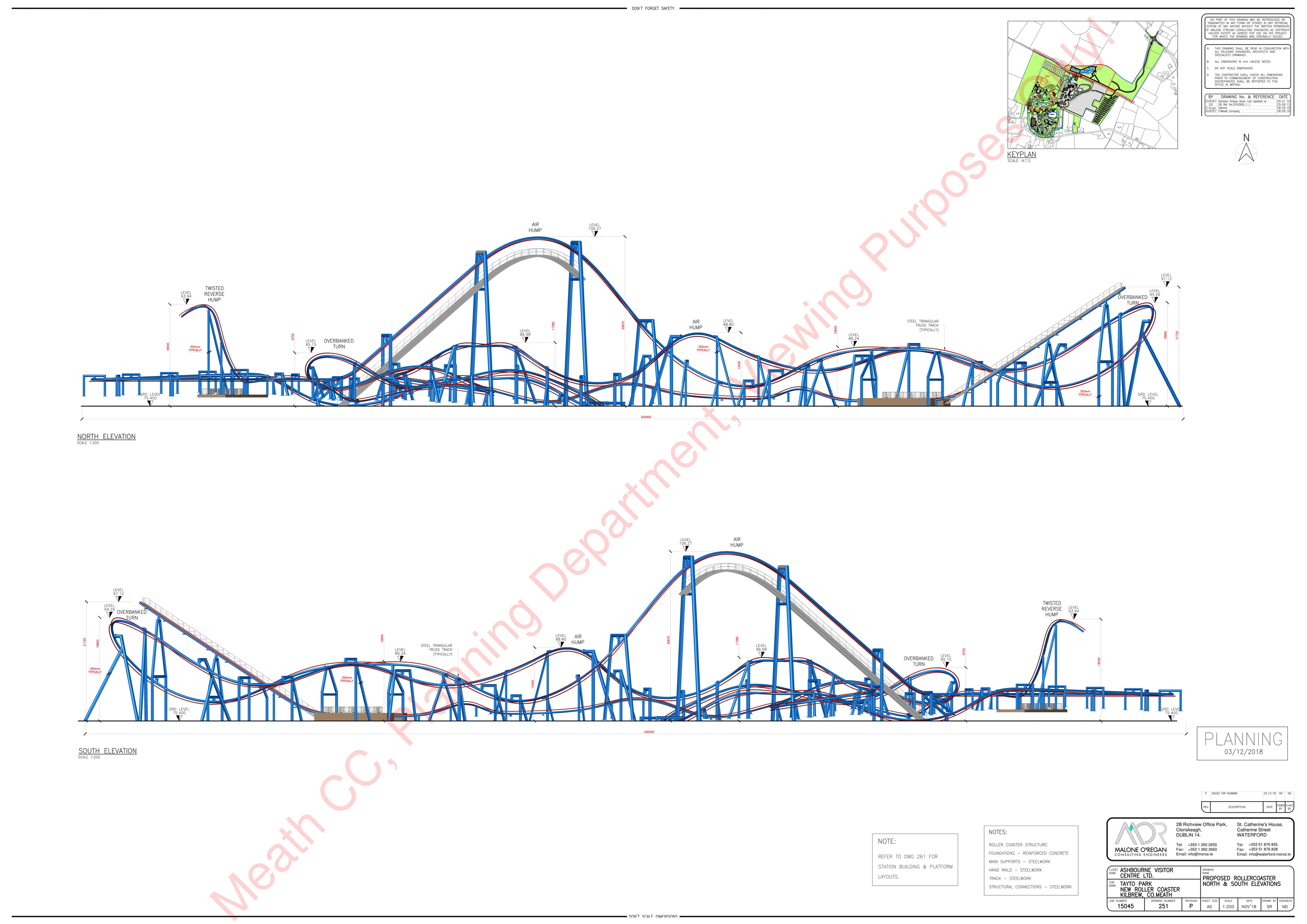 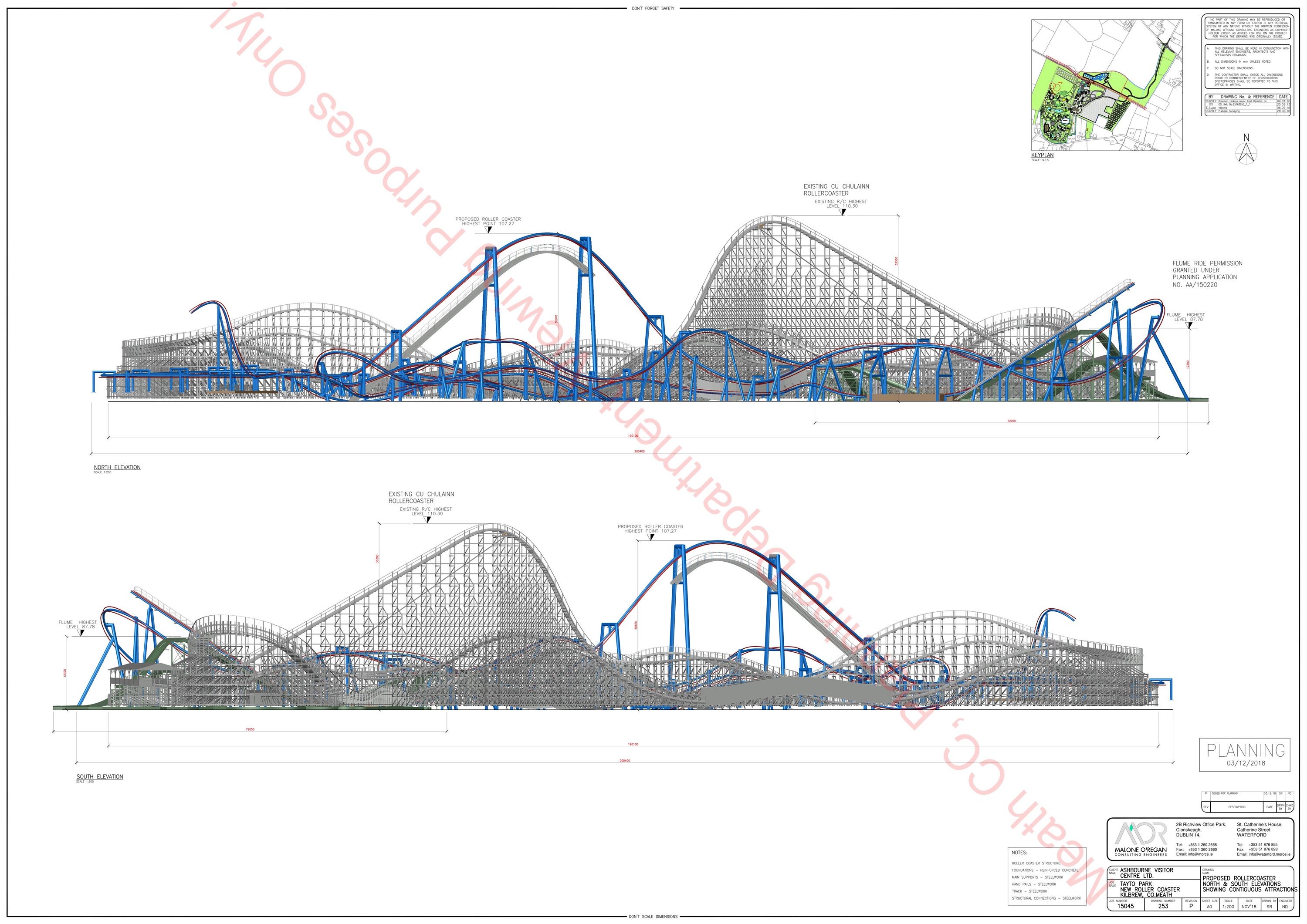 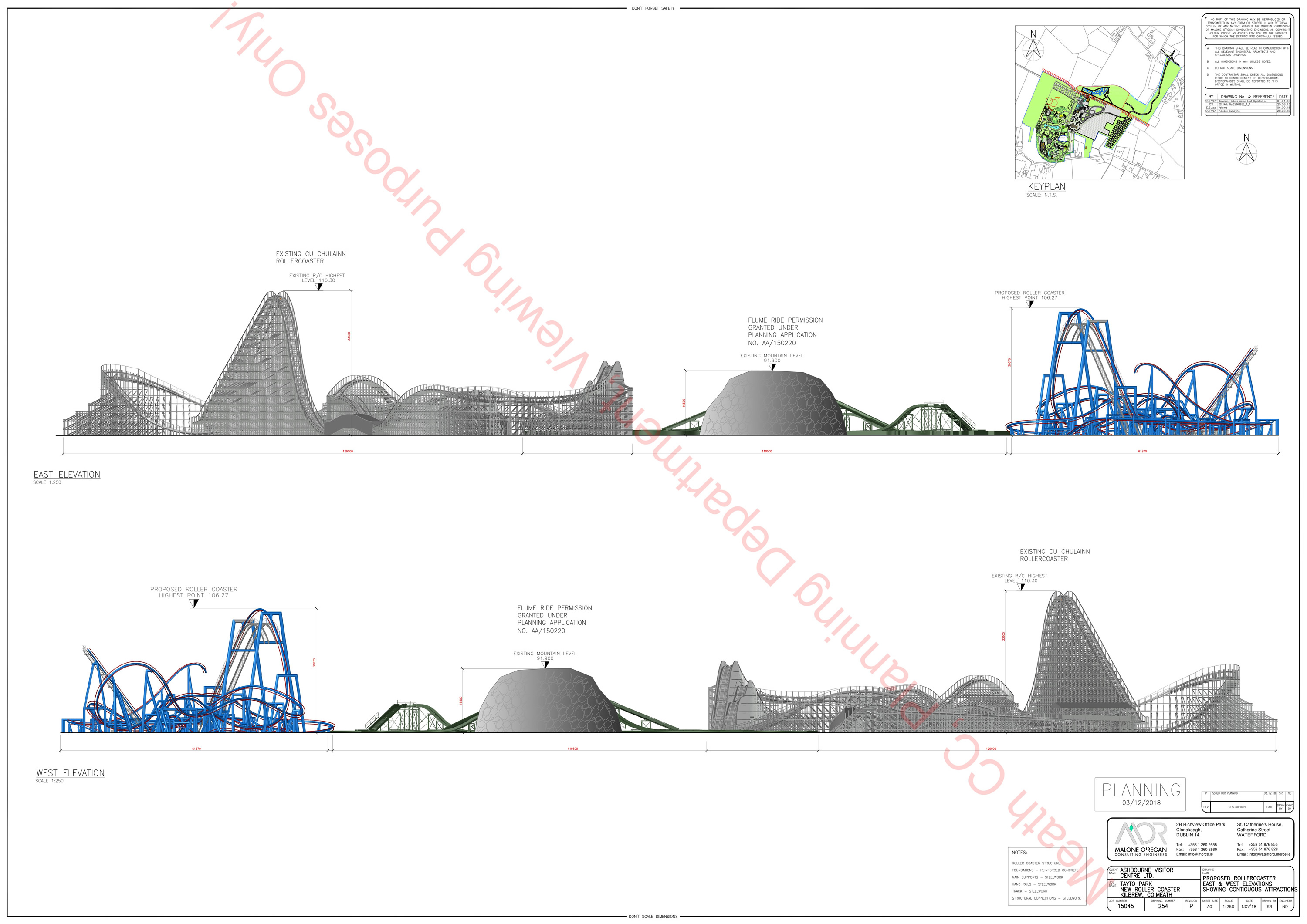 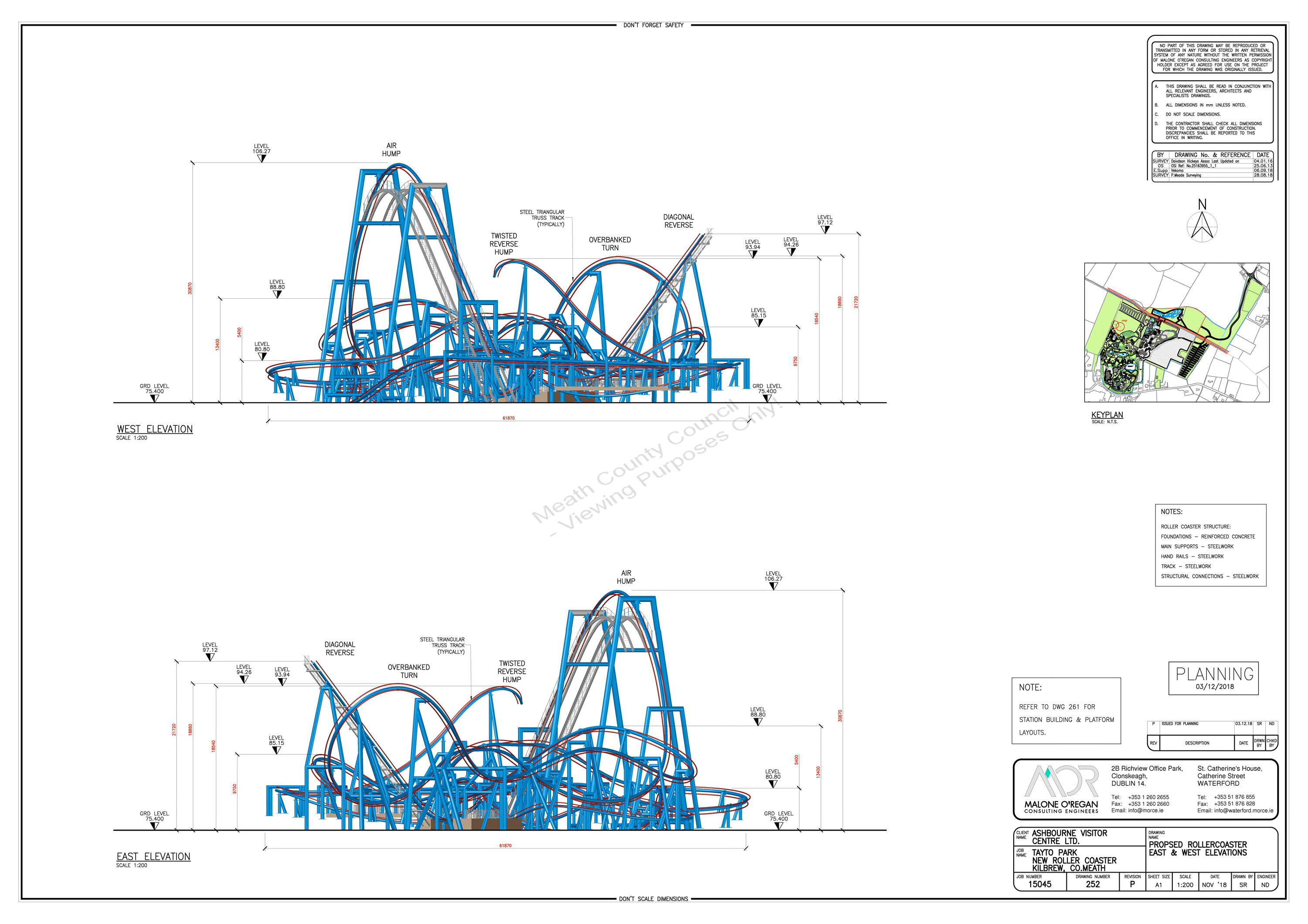 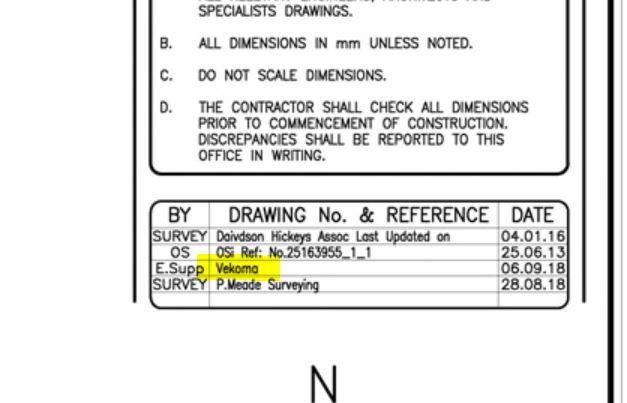 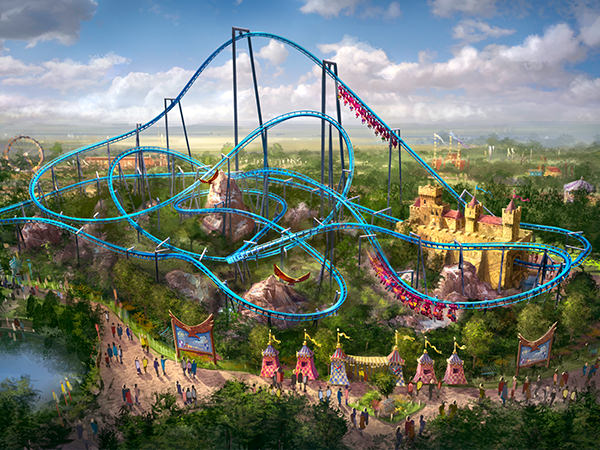 Exciting times as the new Inverts by Vekoma are awesome!

Well... that’s a little underwhelming, good additions, but they’ll litterally attach “x first” to anything these days wont they?