SeaWorld really do know how to make stunning looking attractions. Can't wait to ride it!

SeaWorld Orlando will be getting a new rollercoaster next year. Rumours point to a family thrill launch coaster with inversions, possibly manufactured by Premier Rides. (Although SeaWorld often work with Mack and Intamin as well.)

It will be located in the area between Shamu Stadium and Bayside Stadium, possibly going out over the lake a bit.

More information soon no doubt!
SeaWorld has rescued over 35,000 animals in need![/i]
Top

A teaser for the quadruple launch coaster coming next year!
SeaWorld has rescued over 35,000 animals in need![/i]
Top

There have been a couple of notable animal births at the Orlando parks over the past few months.

In May, Stella (a Bottlenose Dolphin) gave birth to a female calf at Discovery Cove. The calf has been named Lola!

Also, on July 3rd Kaboodle (a Pacific Walrus) gave birth to a female calf at SeaWorld Orlando's Wild Arctic. The calf is the second successful Walrus birth in the park's history after Ginger was born in 2017.

SeaWorld new coaster has been announced!

Ice Breaker will be coming to the park in 2020. Featuring 4 launches, a 93ft 100 degree beyond vertical spike, a 80ft near vertical drop and a top speed of 52mph. Either side of the launch will be a camelback to provide airtime on each of the launch. 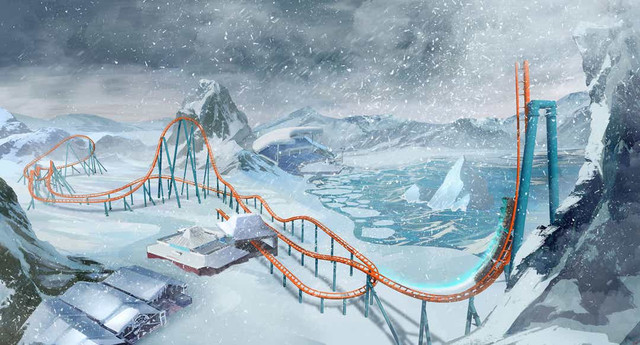 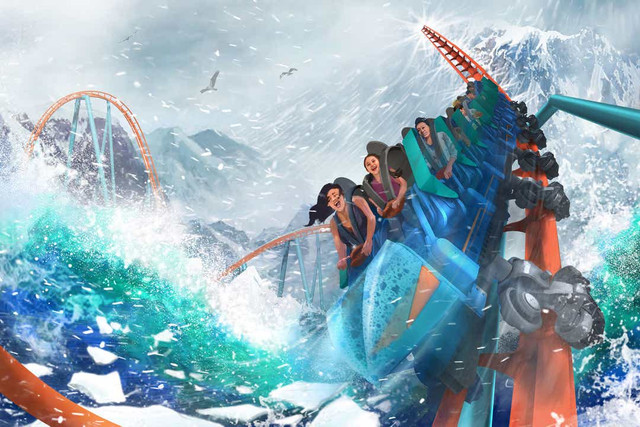 This looks like another interesting addition for SeaWorld Orlando. My only slight concern would be with capacity given the design, but I'm not overly familiar with this coaster type so I could be wrong there.

The park released a teaser video showing the new ride which Midway Mayhem has uploaded to YouTube:

If the ride maintains the standard SeaWorld have established with the likes of Mako and Infinity Falls, then I've no doubt it will be very well done. Looks like another ride to add to my ever growing list of things to do when I eventually get back to Florida!

I was unexpectedly invited to take a brief look behind the scenes around the rescue area at SeaWorld Orlando.

Backstage they have a number of their capture boats, each designed for capturing a different animal, be it turtle, dolphin or manatee. All with the the motor positioned centrally to nonsense risk of it coming into contact with any of the animals. The manatee rescue boat has a raisable rear, to allow easier loading. 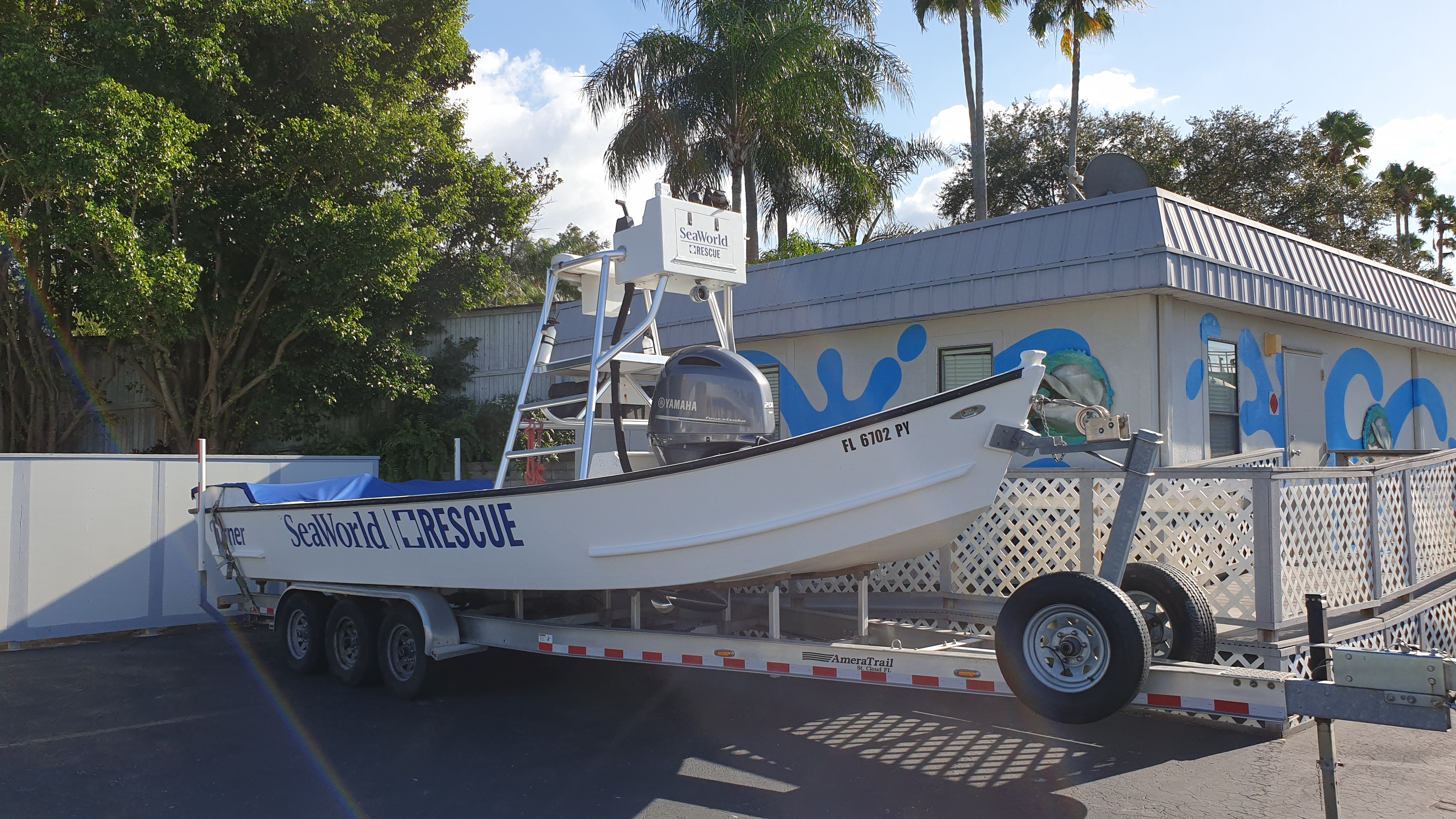 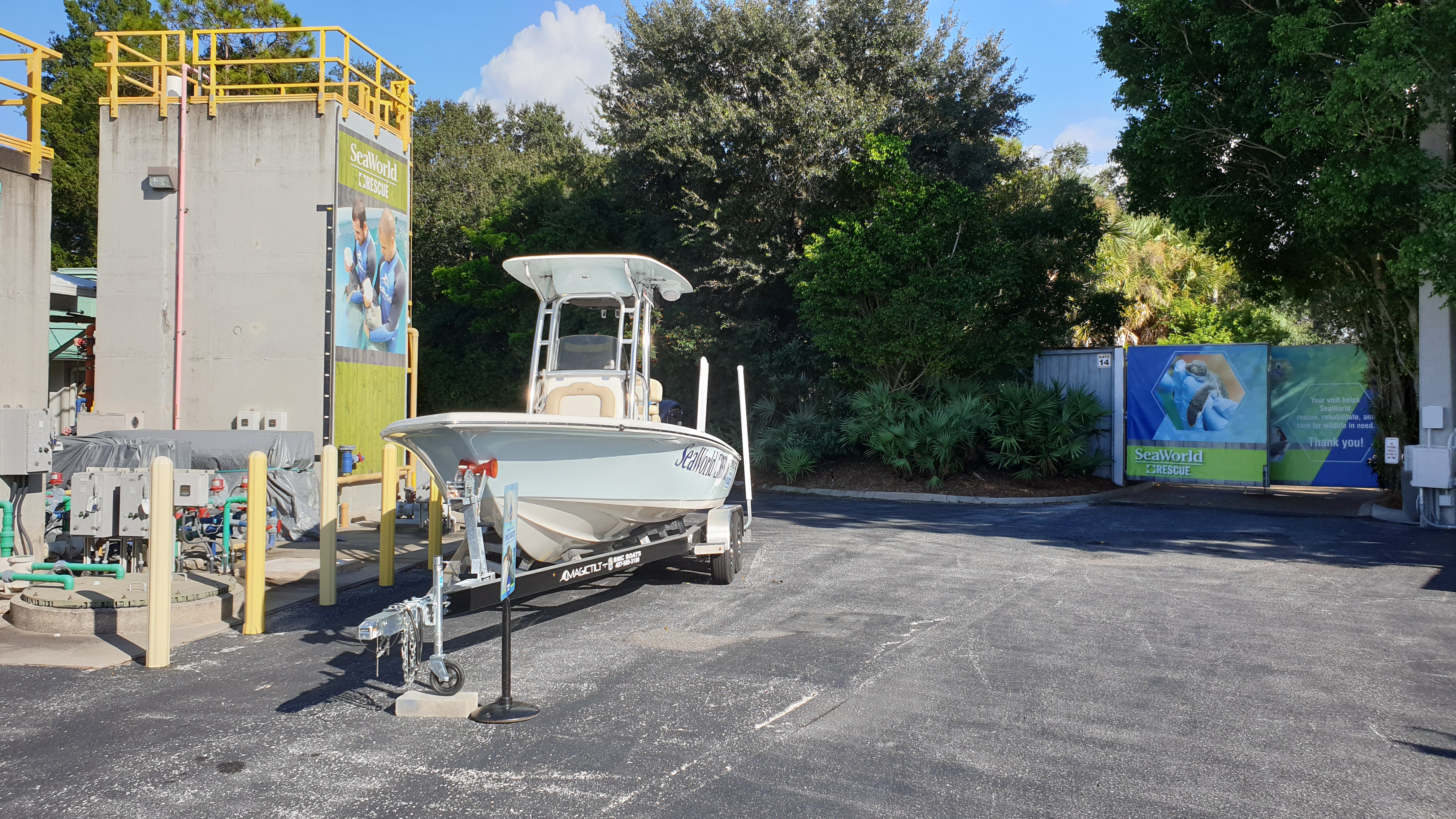 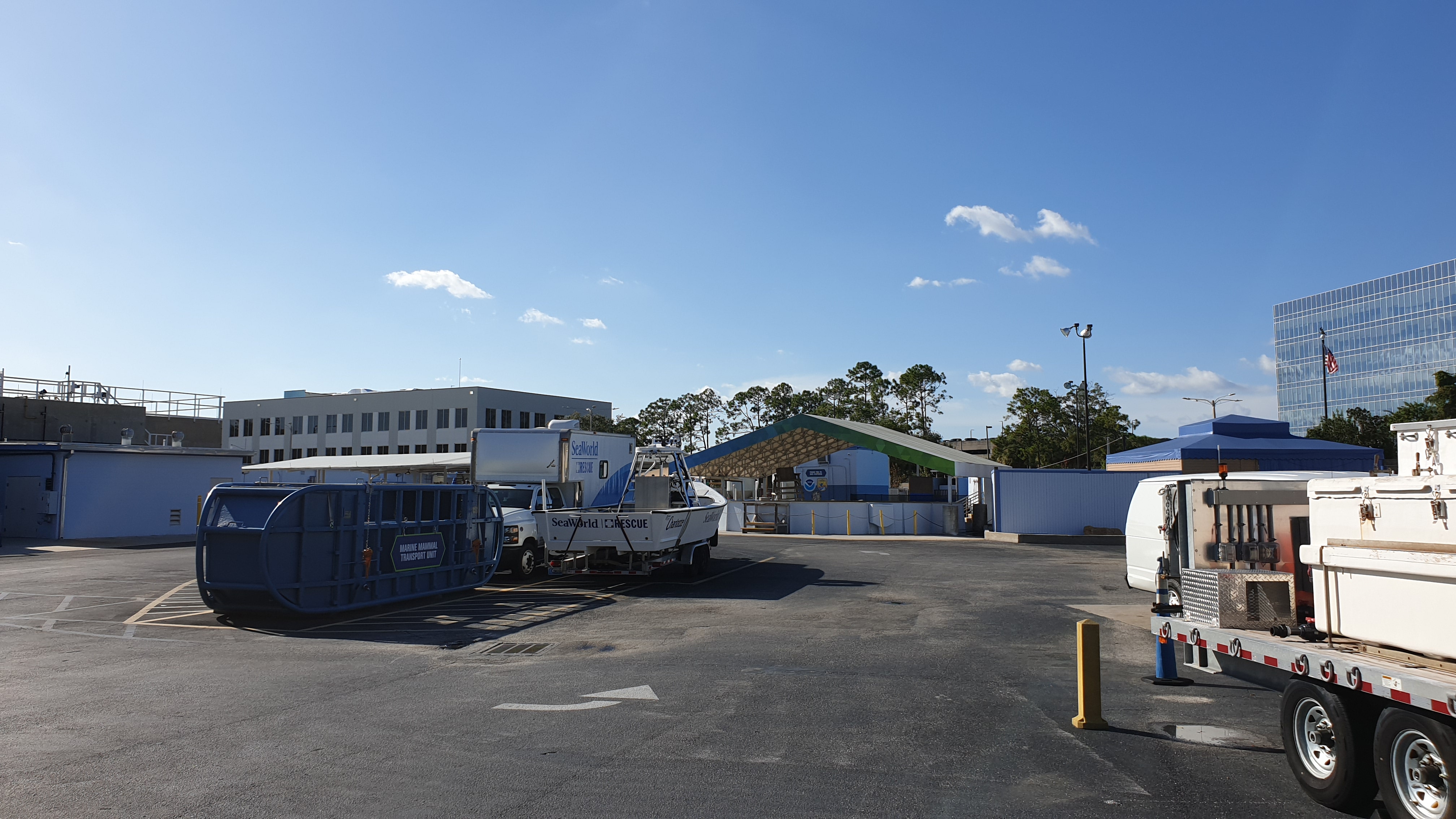 It can take upto 15 boats to capture a dolphin or manatee, being used to both search for the animal and then used to herd them towards the capture boat. I was told a story where the captain of the manatee boat ordered all people to jump off the boat, after loading a particularly large manatee!

Once captured the animals are transferred to the SeaWorld ambulance (centre of the image), where staff can keep them monitored and sprayed with water. I'm told manatee's are quite happy to be transported on their front, or laid on their back flapping around. 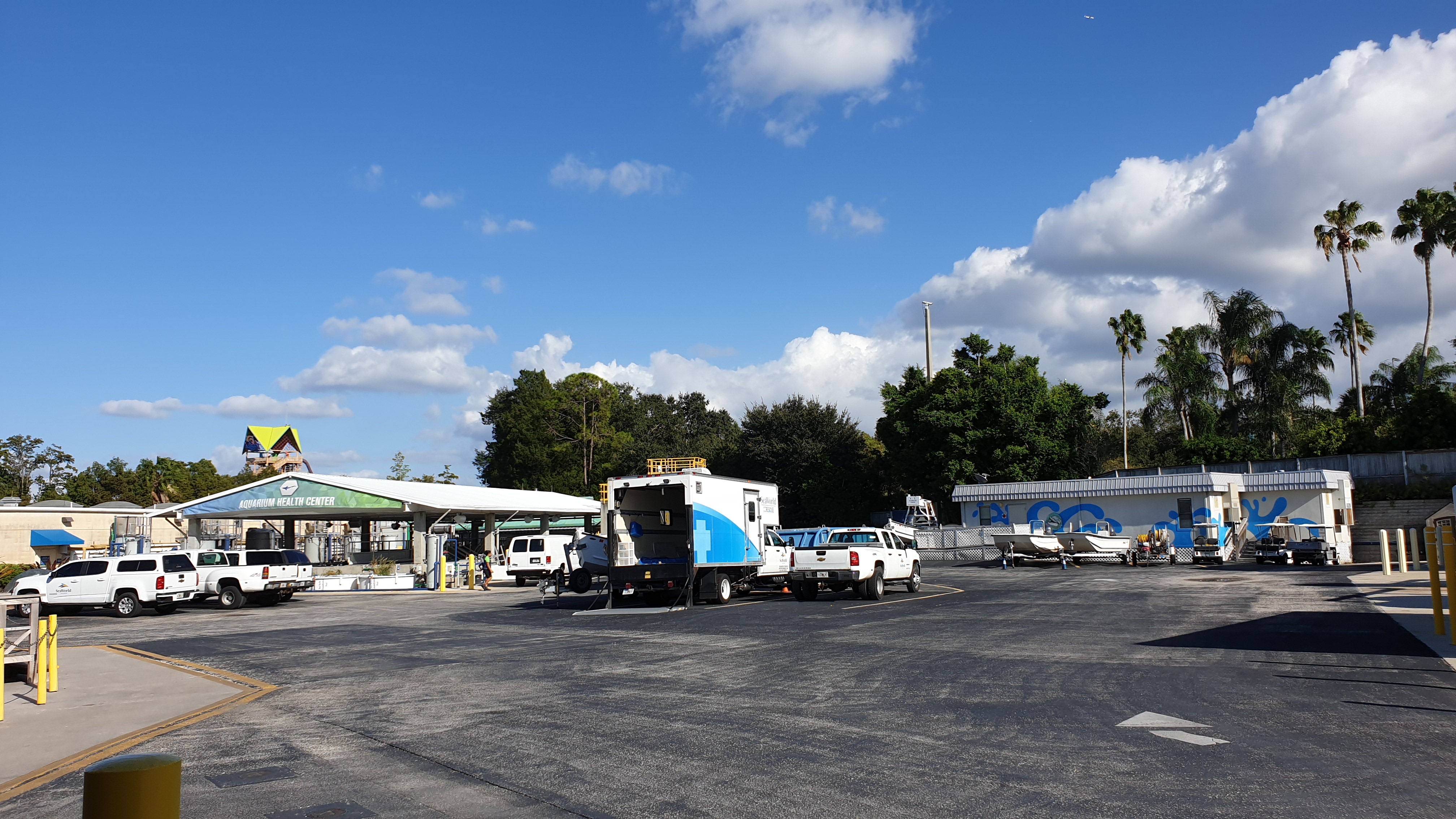 Back at SeaWorld there are then a number of rescue tanks where the animals are first held. This one currently houses a dolphin from the park who was unwell, and unable to be moved to the main off display area. 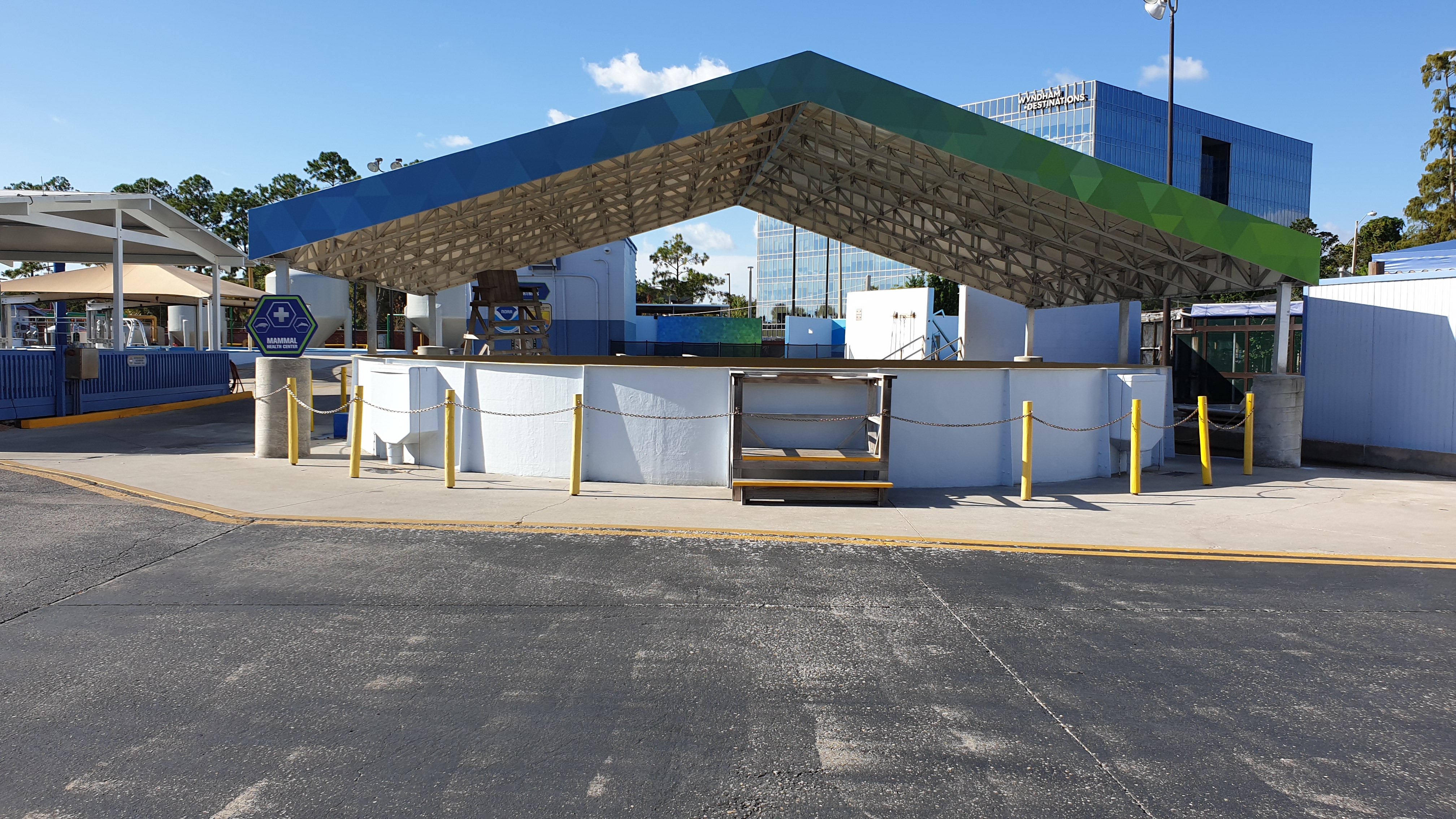 Others held manatees and sea turtles, who were frequently rescued by the centre after colliding with a boat. The collision causes air to get trapped within them, making them unable to submerge, and given the name "floaters" by the centre. Whilst manatee's can have the air removed surgically, the same procedure doesn't work for the turtles, meaning that likely have to be kept in captivity after being rescued. 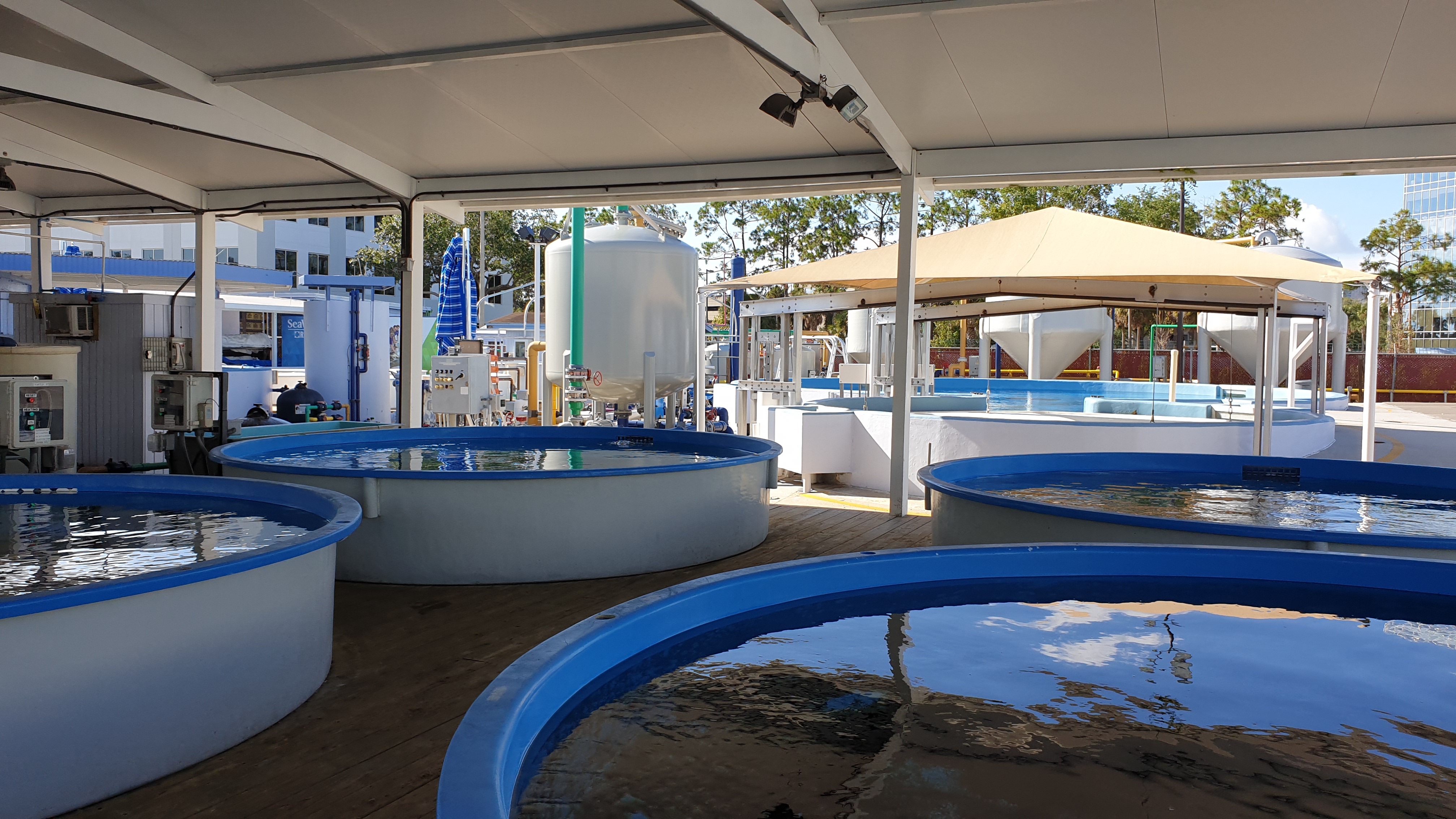 They maintain a rescue and release number. Typically for all animals these numbers were extremely close - I believe 18 rescued and 13 released manatee's, and around 30 rescued and released turtles. 2010 was a bad year, with lower temperatures causing major issues for the marine life, which would end up with burn like scaring, leading to the number of rescued marine animals being in the range of 400 throughout the winter.

Also onsite is a laboratory, and hospital, for both routine tests and surgery, as are a number of aviaries, which sees the largest number of rescued animals of ask that SeaWorld take in.

It was an interesting experience and great to see the work that SeaWorld do to protect and preserve the natural wildlife in their area.

An Ice Breaker construction update. Currently some footers have been installed along the waterside between Mango Joe's and Bayside Stadium, with the outdoor seating area at the back of Mango Joe's currently closed. 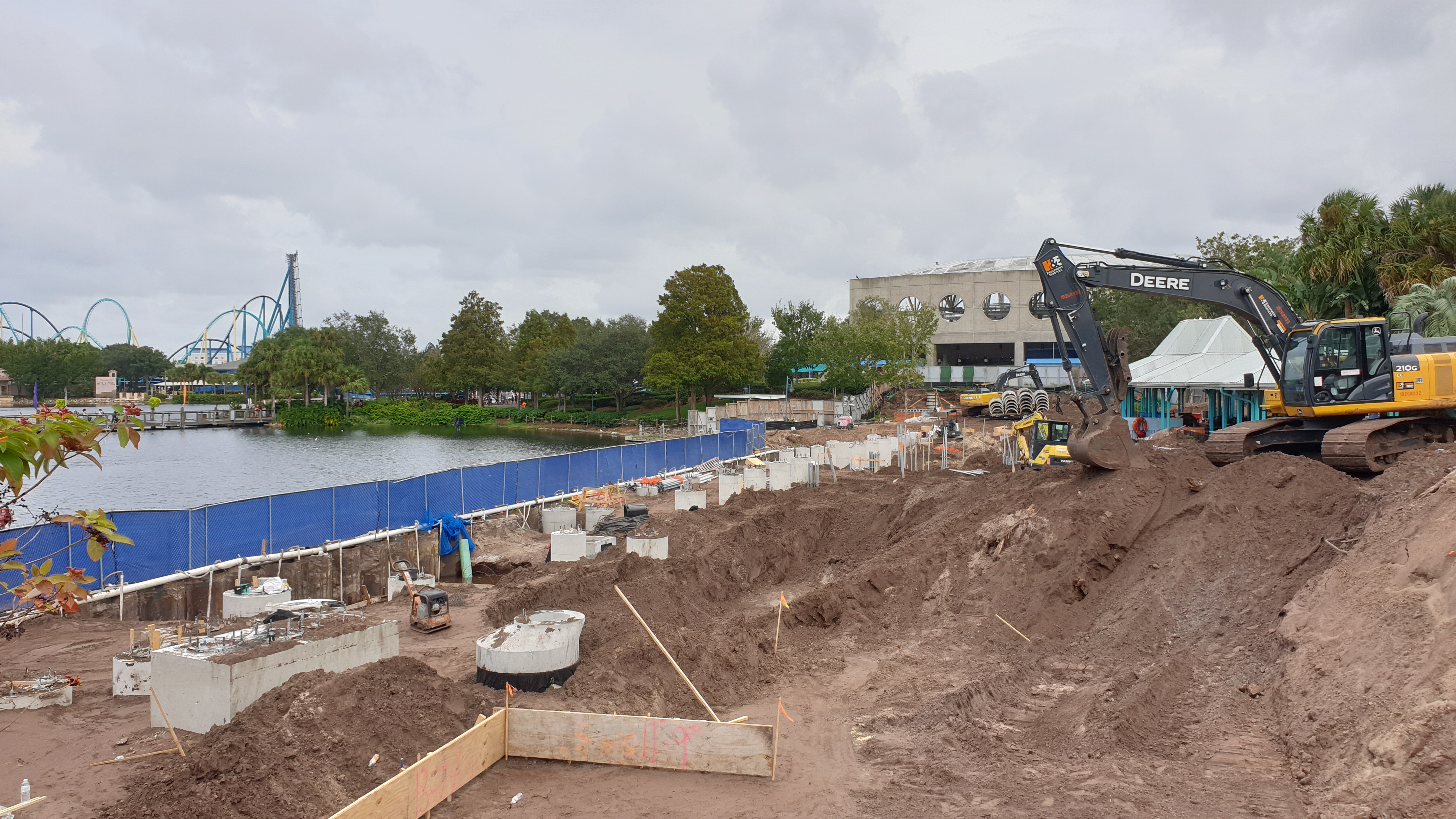 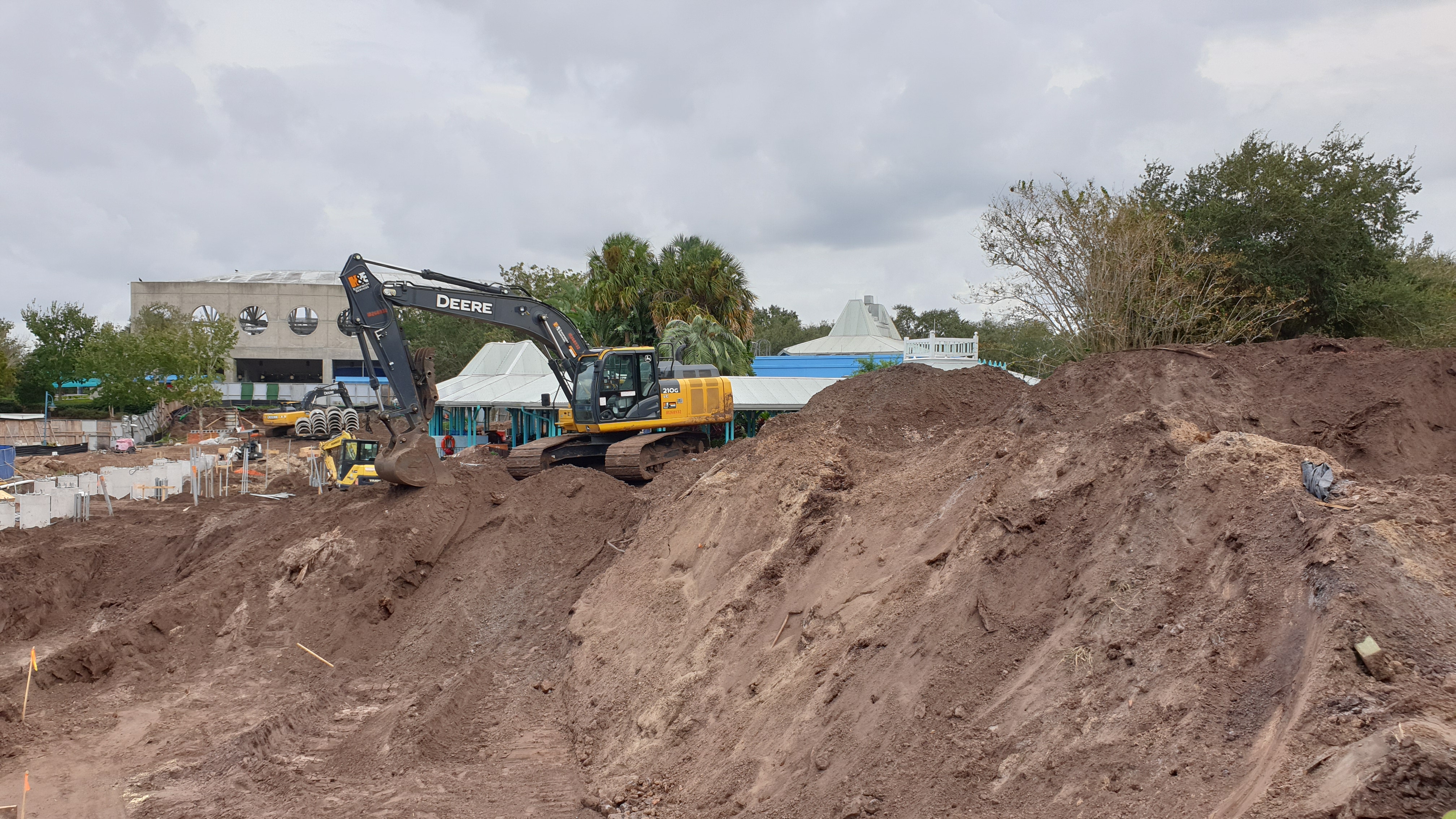 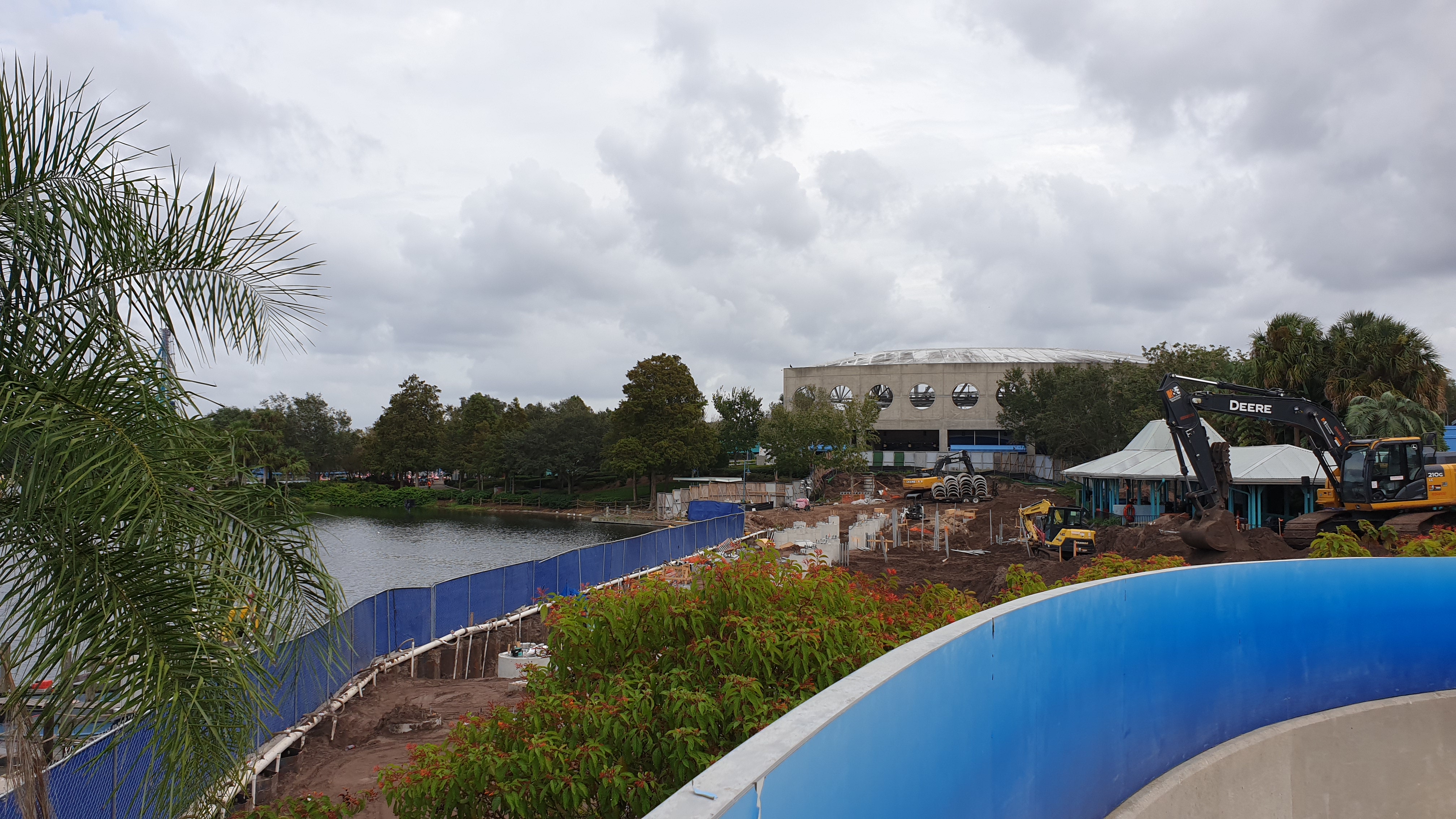 We now know what the trains for Ice Breaker will look like after they were revealed at IAAPA earlier today. 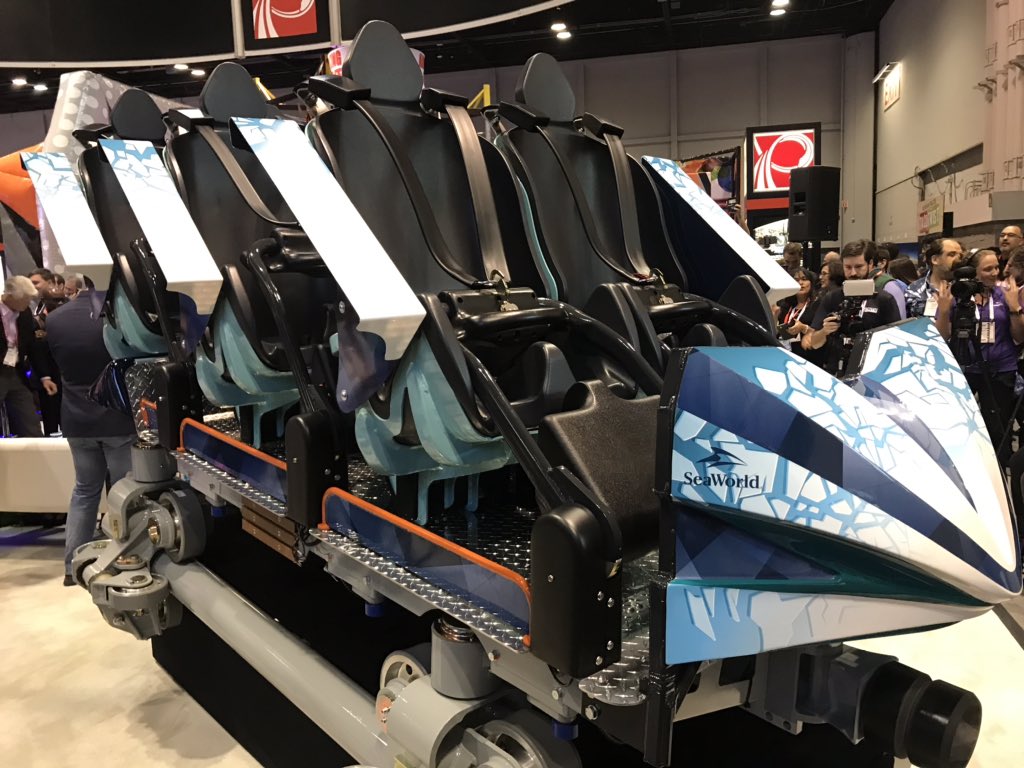 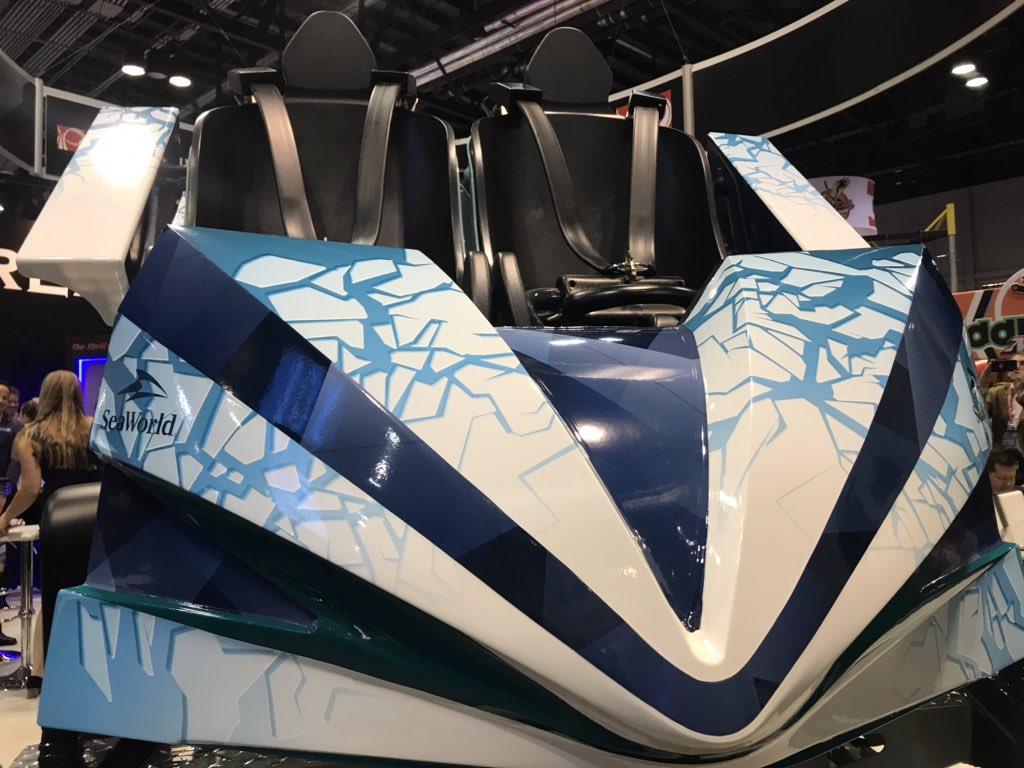 The overall design of the train isn't too bad. My main concern is that those restraints have the potential for a fair amount of faff getting in and out of the coaster which could have an impact on throughput.

It would appear SeaWorld are expanding again in 2021. As posted by thecoasterkings.com, a planning request has been submitted to develop a large body of land that would redevelop from the main entrance and dolphin nursery, all the way around to the Bayside Stadium, including a brief extension beyond the current park boundary. Its code name is project Penguin. 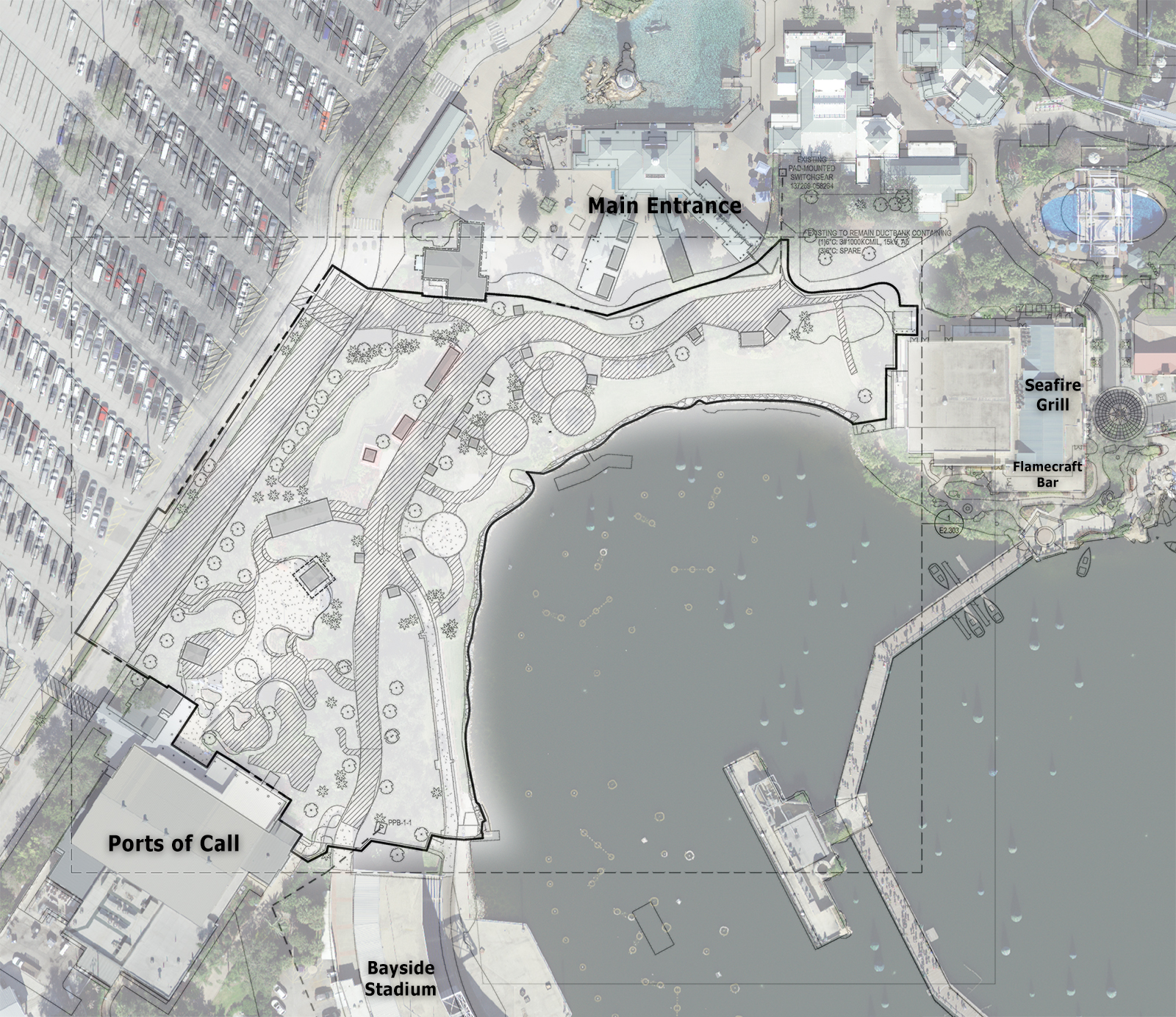 The planning request is in an early stage to allow site work to begin, however speculation currently exists that they might be installing a fairly decent sized B&M Wing Coaster.

Certainly one to keep an eye on as the planning permission is expanded upon by the park.

If only Merlin developed at this rate...

Considering Disney is opening Tron, and Universal is opening Velocicoaster in 2021, SeaWorld will certainly have something to shout about with this.

I'd be more excited if the ride was a B&M inverted coaster to replace the two which were lost nearby.